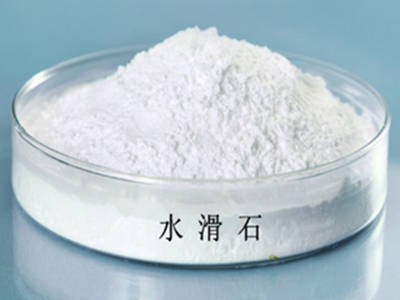 CalciumAluminum Hydrotalcite is also called hydrotalcite.Hydrocalumite is an anionic clay and belongs to layered bimetallic hydroxides (LDHs). Because of its special structure, composition and controllability, it has some special properties, such as ion exchange resin, zeolite-like selective adsorption and catalysis, heat resistance, radiation resistance and acid-alkali resistance. Therefore, it has become a kind of flame retardant, adsorption, ion exchange and catalysis, as well as light and electricity. New functional materials with great potential and attractive prospects in magnetic and other fields. Calcium-aluminate hydrotalcite has obvious advantages over magnesium-alumina hydrotalcite. From the structure analysis, the compound contains calcium, which has better long-term thermal stability than magnesium. There are also a large number of hydroxyl radicals in bauxite. These hydroxyl radicals can neutralize and absorb the hydrogen chloride produced by the degradation of PVC, thus playing a long-term thermal stabilizer effect. Therefore, as the main thermal stability component of PVC resin, bauxite has better application prospects than traditional hydrotalcite.

1. Thermal stabilizer: This compound contains calcium element, which has better long-term thermal stability than magnesium element, and its initial coloring line is lower than magnesium element. There are a lot of hydroxides in bauxite, which can neutralize and absorb hydrogen chloride produced by degradation of PVC, thus playing a long-term thermal stabilizer effect. Therefore, as the main thermal stability component of PVC resin, it has good application prospects.
2. Flame Retardant and Smoke Suppressor: LDHs absorbs a lot of heat during thermal decomposition, which can reduce the temperature of material surface; water and carbon dioxide gas released from decomposition can dilute and block flammable gas; the decomposed product is alkaline porous material with large specific surface, which can absorb harmful gases, especially acidic gases. At the same time, it combines with carbonized products on plastic surface during combustion to form protective film. Heat-breaking energy and oxygen immersion.
3. Ultraviolet absorption and barrier: LDHs show excellent ultraviolet absorption and scattering effect after calcination. Surface reaction can further enhance its ultraviolet absorption ability, so that it has both physical and chemical effects. A large number of practices have proved that as a light stabilizer, the effect is obviously better than that of traditional materials. It can be widely used in plastics, rubber, fibers, cosmetics, coatings, paints and other fields.